Given a multiple sequence alignment (MSA) and optionally a phylogenetic tree, the ancestral reconstruction process can be divided into two parts:

2) Reconstruction of indels - a two steps approach is used in order to take into account the dependency among sites:

a. Indels coding.
In this step, the input MSA is coded into a binary indels matix. The server uses an efficient implementation of the simple indel coding [3] according to which each indel with different start and/or end positions is considered to be a separate character. All indels in the data are coded as binary (presence\absence) characters, each of which may represent a gap of multiple sites.

b. Indels reconstruction
In this step, the evolutionary analysis of indels is performed. Given the presence and absence binary matrix of indels in the extant sequences, the algorithms reconstructs the ancestral state of each indel in each internal node of the tree. It is assumed that the observed pattern of indels is the result of deletions and insertions dynamics along a phylogenetic tree. Our state-of-the-art inference methodology is based on a likelihood-based mixture model that allows variable rates of insertions and deletions among indel sites to reliably capture the underlying evolutionary processes [4, 5]. In this approach the posterior probability of indel presence (gap) is computed for each indel site and each node. Alternatively, users can select to reconstruct the ancestral states of the indels based on the maximum parsimony approach. The parsimonious ancestral reconstruction is based on the Sankoff algorithm [6]. In this approach the parsimonious assignment of indel presence (gap) is computed for each indel and each internal node.


Running time depends on the number of sequence and their length, the evolutionary model, the proportion of gaps, and the reconstruction algorithm. Codon models are the most time consuming and nucleotide models are the least. Additionally, accounting for among site rate variation is significantly more complex for the joint reconstruction, comparing to the marginal reconstruction [2]. Additional info regarding the effect of each parameter on the running time is detailed below (under 'Advanced Options and Details' section). To aid users with estimating running time for their datasets, we simulated sequences using INDELible and computed their ancestral sequences using FastML.

The parameters used for the simulations were: codon model (M0 with kappa=2.5, omega=0.5); Power law insertion length distribution (a=3, M=60). Power law deletion length distribution (a=3.1, M=500); insertion rate = deletion rate = 0.01; The sequence length (without gaps) was set to be approximately 350; A random tree was generated for each simulation with parameters equal to: birth=1.1, death=0.2566 and sample mut=0.34. Varied numbers of sequences were simulated (See Fig. 1 and 2) based on the abovementioned parameters. 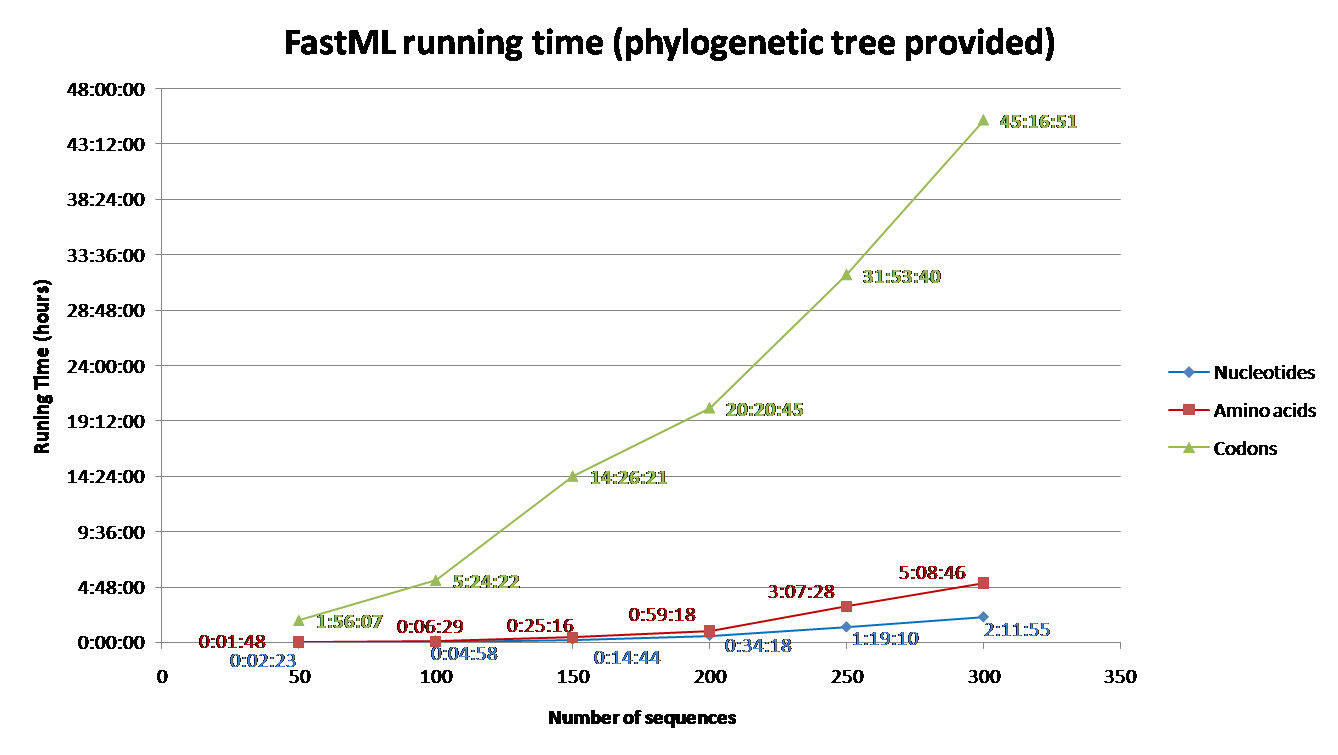 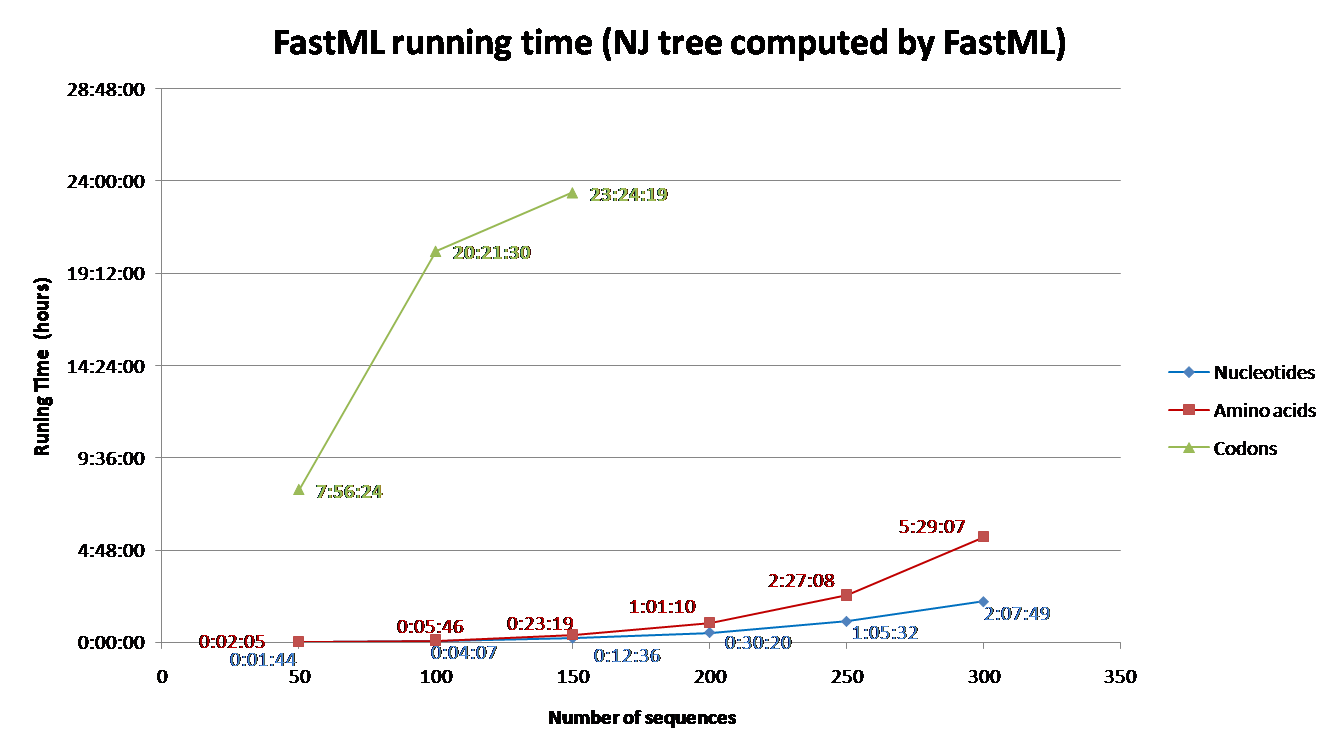 Input
FastML requires only an MSA as input. The MSA can be in any type of molecular sequences (nucleotide, protein, or codon sequences). The sequences may be in Fasta format only. If you are working with other sequence file formats such as Clustal, Phylip, etc., we suggest using software such as Bioedit to convert your format to Fasta.


FastML directs you to a web page called "FastML Job Status Page". This web page is automatically updated every 30 seconds, showing messages regarding the different stages of the server activity. When the calculation finishes, several links appear.

Using the Jalview multiple alignment editor [24] the server generates two windows: the first contains the MSA that was given as input to which the most probable ancestral sequences are added; the second contains the graphical representation of the phylogeny. Using these two windows, the server provides: